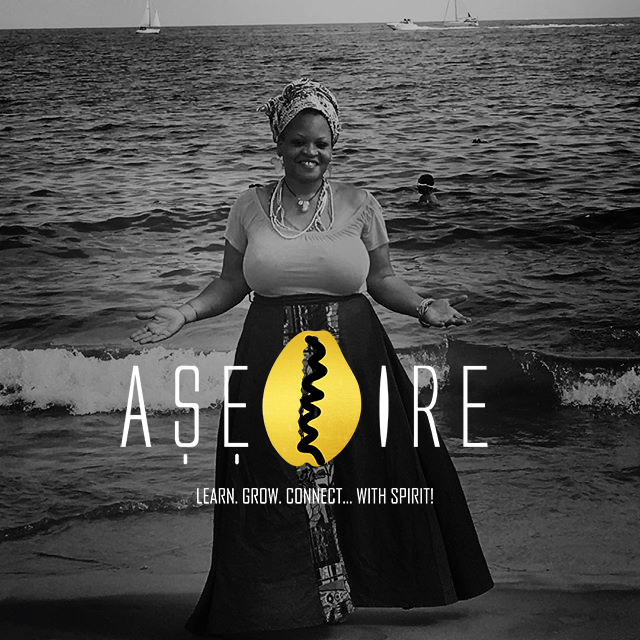 Iya Funlayo E. Wood-Menzies, PhD Your Favorite Scholar-Priestess of Ifa-Orisa! She is an intuitive tarot reader, meditation teacher, and South Carolina- and Virginia-descended Hoodoo whose mantra is “Scholarship, Service, and Spirit!” Spirit permeates both her scholarship and her service, and she founded Ase Ire in 2010 as a place to share her spiritual gifts and the things she has learned from her teachers with the world, especially with those new to African Spirituality. It has since grown to a fully operational temple hosting weekly worship services and much more.

Iya Funlayo has communed with the ancestors and the spirit world since she was a child and has been reading tarot intuitively and doing “the work” since she was a teenager, for more than 20 years. She was initiated to Obatala, Osun, and Ifa in 2008 in Isara Remo, Ogun State, Nigeria by Chief Efuwape Olatunji and Yeye Olasuinbo Olomowewe. Since her initiation, she has studied intensively with her master-teacher Chief Oluwole Ifakunle Adetutu Alagbede with whom she has deepened her knowledge of Ifa-Orisa as well as many other spiritual modalities.

Continually focused on spiritual expansion, Iya Funlayo has participated in African and indigenous ceremony around the world including Akan Akomb at the Black and White shrine in Kumasi, Ghana, communion with La Madre Ayahuasca in Lamas, Peru, and Temascal in Michoacan, Mexico

Turning to scholarship, Iya Funlayo earned her PhD in African and African American Studies and Religion at Harvard University and her research centers philosophical and theological aspects of Ifá-Òrìsà tradition as practiced in Nigeria and in the Americas, and cross-cultural analysis of Yoruba religious concepts and practice – within all of which she privileges Yoruba language as a conduit to understanding. Her work has been published in various scholarly and public venues and she has appeared in documentaries for PBS and the National Geographic Channel. For more on her scholarly work, visit her here. 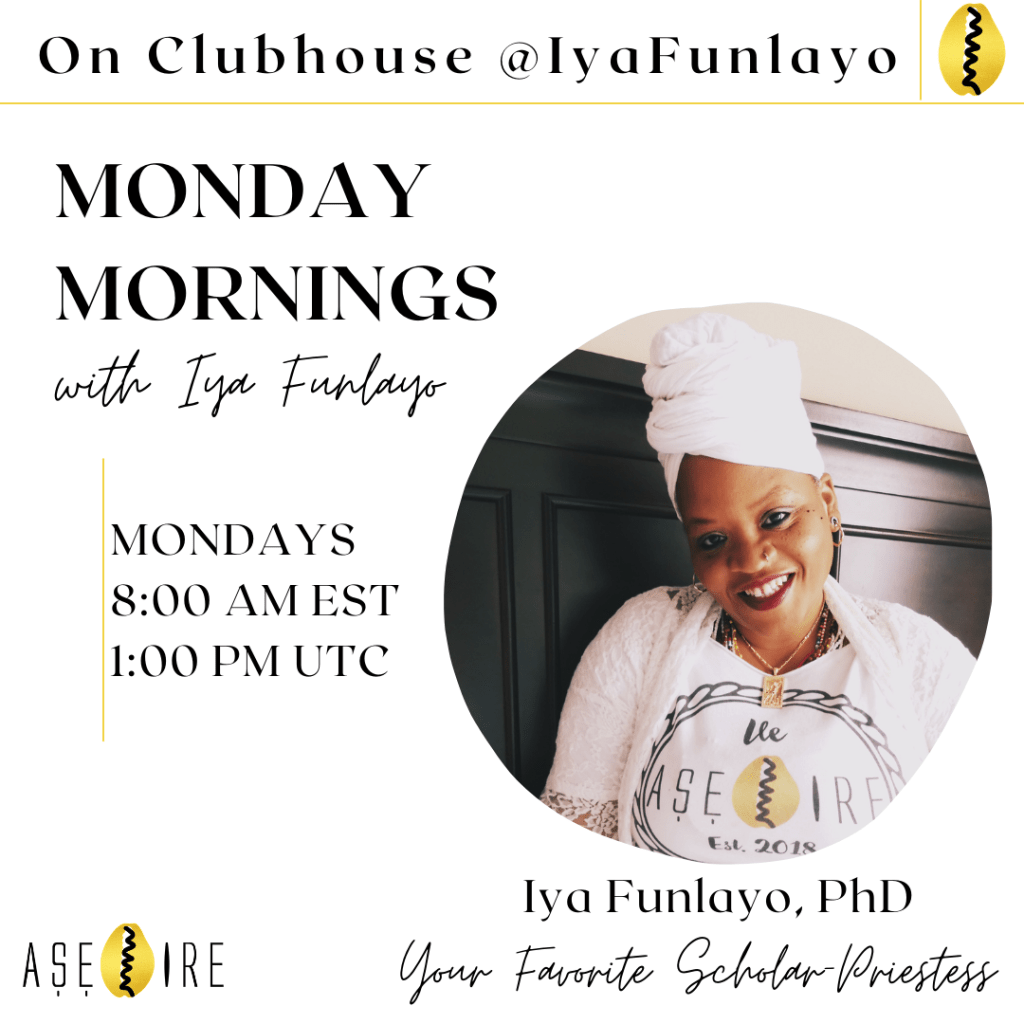